LASIK DOCTORS SUE ANYONE AGAINST LASIK: 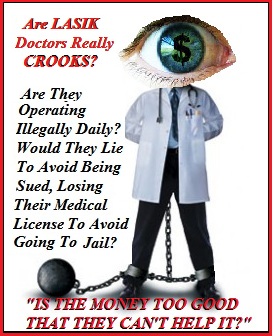 HERE'S WHAT HAPPENS WHEN ANYONE
SPEAKS OUT AGAINST THE LASIK:
Case #1: TLC VISION'S DR. MACHAT
http://www.eyeworld.org/article.php?sid=1505 .

Dr. Machat was to testify against another LASIK surgeon to help a hurt patient.  Because he testified, he was disparaged, fired, and was basically "out of a career" and mocked by peers:


Machat is chief surgeon and a founder of TLC Laser Eye Centers...Here's what happened to him when he told the truth about LASIK:
"Machat was a witness for former commercial airline pilot Steve Post, who sued UPI after he said his night vision was impaired following LASIK. Machat acknowledged during August testimony that he left a voice message for the UPI surgeon who performed the LASIK procedure, Robert Snyder, MD, following the May 9 verdict:  "I regret the day I got involved with this and I should have gotten smarter sooner. I should not have listened to the lawyers," he said.I have many colleagues who are very upset with me," Machat said. "I have patients who are upset with me. I have corporate members who are upset with me. They thought it was irresponsible of me..."

"Have you been cursed?" Schmidt asked."Yes."
"Verbally assaulted - at the [ASCRS] conference, for example?"  "Yes."
"As a result of this, have you been asked to resign from the advisory board of TLC?" "Yes."

Case #2: DEAN ANDREW KANTIS/LIFEAFTERLASIK.COM
http://www.dmlp.org/threats/st-george-corrective-vision-v-kantis .
Hurt LASIK Patient and Anti-LASIK-Advocate, Dean Andrew Kantis, and through his website www.LifeAfterLasik.com , which has warned the public about the known dangers of every elective LASIK procedure since 2005...Dean was sued for the tune of $2 million dollars by his own LASIK Doctor, Nicholas Caro, because Mr. Kantis published all of Caro's LASIK LAWSUITS on his website here:
http://lifeafterlasik.com/nickcarolawsuits.htm ...which were 50-60 of them...the most ever by any doctor!  You would think Kantis was doing a good deed to warn strangers...anyone!  Yet that so called "GOOD DEED" got punished.  Luckily for Kantis, the end result was that Caro couldn't get an "injuction" against Mr. Kantis in "shutting down his website" and was forced to drop the case after he finally figured out he couldn't win money for suing the very patient he ruined in the first place.  The sad truth was that Caro was able to push Kantis past the Statute of Limitations to sue, which in Chicago, IL is 2 years from the date of the procedure, not from the time Kantis discovered his eyes would not get better which was years later after he believed Caro was telling him he was getting better when in reality he was regressing. 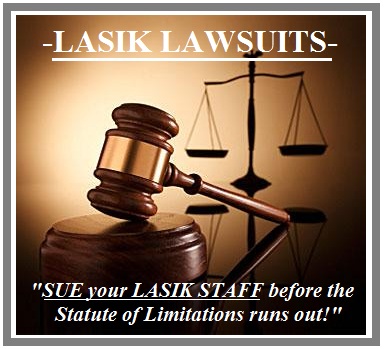 ﻿
Case #3: DOMINIQUE MORGAN/LASIKDECISION.COM
http://www.dmlp.org/threats/nevyas-v-morgan-iii-udrp-action .
Dominic Morgan established a set of web sites at anitanevyaslasik.com, herbertnevyaslasik.com, and nevyaslasik.com to help call consumers' attention to his dissatisfaction with two Philadelphia-based lasik surgeons who, he believes, botched his lasik surgery and hence damaged his eyesight permanently...

The surgeons obtained an administrative decision from the National "Arbitration" Forum that took away his domain names on grounds of trademark infringement.  Invoking the many court decisions from around the country that have held that domain names about a trademark holder may use the trademark holder's name, decisions that the NAF panelist refused to consider, Public Citizen is representing Morgan in a declaratory judgment action seeking a ruling that his domain names represent non-commercial free speech, truthfully denoting the topic of his web sites.

After the suit for a declaratory action was filed, the Nevyases lost their taste for enforcing their trademark claims given the changes that had been made to the sites during the UDRP proceedings. The Nevyases agreed to a consent order giving up their legal claims.

The consent order is available at the link below:
http://www.citizen.org/documents/Morgan_v_Nevyas_Consent_Order.pdf .

On January 16, 2013, I sent the following to Professor Wilson who ruled on the Nevyas complaint (no response of course):

Your decision as with all decisions the National Arbitration Forum has ruled upon hopefully in the future should not entail prejudice to those filing the complaint.
In my response, I stated that complainants came before the forum with unclean hands and stand by my assertion, especially in light of the information I came upon in 2011 (please see attached).

The initial complaint was filed July 6, 2010. Less than 2 weeks after, 87 domains were registered by complainant’s grandson/son Jonathan Wallace (please see attached) however none of this was ever presented to the NAF or the courts because I did not find out until after the complainants refused to litigate.

I believe the NAF’s decision should be retracted however, it is highly unlikely due to the timeframe of this response and the prejudice shown by the NAF. Simply put, you and the forum have been duped. I hope in the future you rely on facts.


Interesting don't you think, that ALL OF THE OPHTHALMOLOGISTS that held the "REFERENDUM" on the Emergency LASIK Ophthalmic Panel on April 25th, 2008 are ALL WEARING GLASSES...?  Either A:  LASIK didn't work for them and they regressed and are now back into glasses.  Or B:  They won't do LASIK on their own eyes! 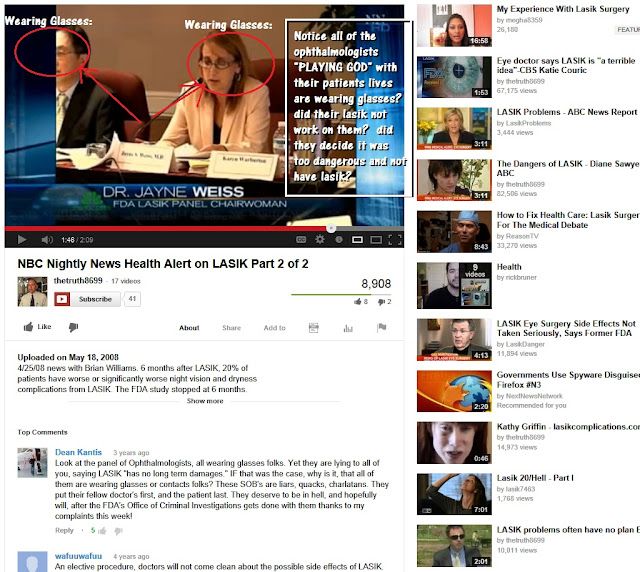 HOW ARE INJURED LASIK PATIENTS NOT ABLE TO USE ANY AMERICAN COURTS TO SUE THEIR DOCTORS??  HOW DOES THIS HAPPEN?? 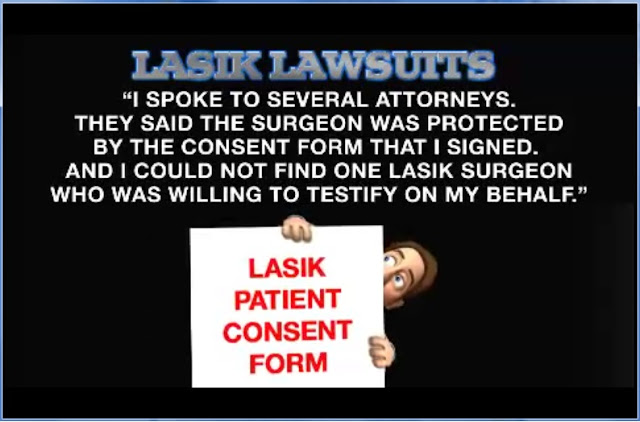 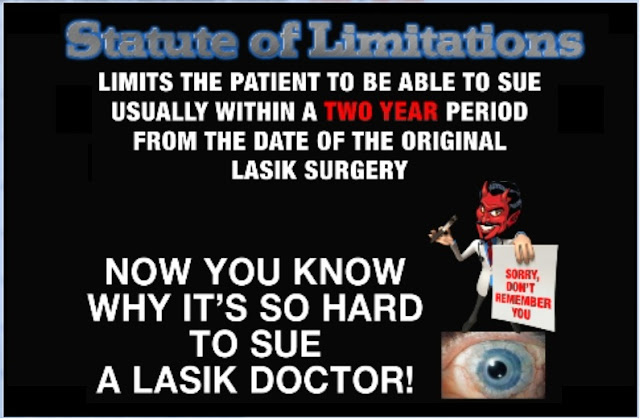 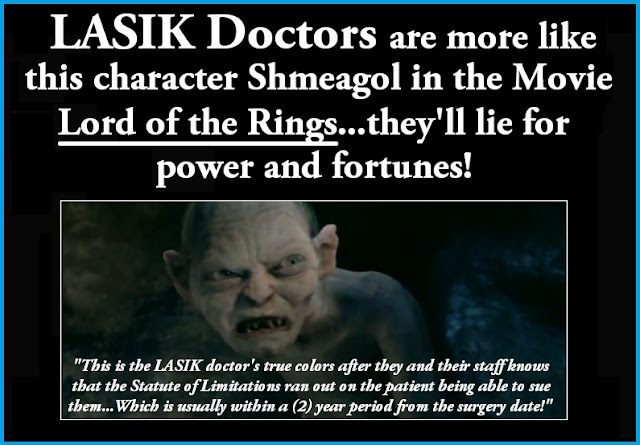 Posted by LASIK ADVISORY at 6:06 AM